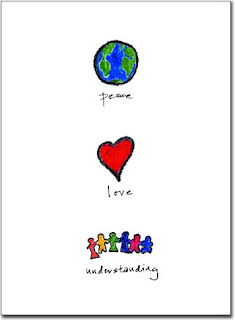 Corporate Governance is, to me, the art of running and managing an organization in a human and environmentally-friendly way while effectively pursuing a sole purpose: maximizing society’s benefit. For that to happen, we have to understand organizations in the big picture, as a group of individuals gathering together to provide a good and necessary service to humanity and the world for that matter.
During the last century and a half or so, in the reign of our current (but soon-to-be-replaced) socio-economic model -the so-called capitalism-, a few privileged individuals have amassed fortunes and wasted mountains of resources via a simple but greedy mechanism: running corporations and businesses with one and only one goal in mind: their own, self-benefit (“selfish good-governance” we could call it) above anything else; completely forgetting about their fellows (without which they couldn’t survive) and the finiteness and fragility of the world they happen to live in. As a result, the gap between the rich and the poor is today as large as it has ever been with 80 % of the world’s resources lying in the hands of 20% of its people, among which I am to be found, to my own shame (although I’ve got big plans to change that). Moreover, this unfair system has led us to, on the one hand, increasing scarcity of non-renewable resources and, on the other, vasts amounts of inhabitable lands for our successors to inherit. This is reality. A reality that screams for change.
However, as somebody once said, it’s too late to be a pessimist. It’s time for change, big time. We’ve got to put people back at the center of our world. We’ve got to do things for and by the people. We’ve got to remember that companies, organizations, countries, governments and the likes are just virtual concepts in the minds of men, that the only thing that really exists and matters is human beings. All those other entities they can only be understood as what they actually are: a bunch of individuals joining forces for a common cause, a cause bigger than all of them and each one of them, a cause that sees everybody on the surface of this planet as equal and puts our own generation in the perspective of the future ones -our kids- to whom the world really belongs to. In this sense, those organizations have to be managed in a way that promotes and gives maximum priority to: freedom (of expression, of thought, etc.), equality, the treatment of people as people, respect for everybody and for future generations, etc.
In my own personal view, the concept of a company encompasses not only its social purpose (social business), but also the lack of imposed hierarchies strangling worker’s freedoms, the lack of superiors and inferiors, the lack of bosses and secretaries, the lack of stringent schedules (I don’t believe in staying eight or more hours straight in the office just because), etc. On the contrary, I do believe in natural leaders, teamwork, giving everybody a chance, leading from behind (stepping up when you feel like you’ve got something to say or do and stepping back when you don’t and others claim their turn on stage) and by example (if you want others to do something, do it yourself in the first place as the only means to gain the legitimacy and credibility that characterizes real leaders, the inspirational ones). I do believe in the blurring of the frontier between personal and professional life, in the need to integrate both sides of the same coin and align our organization’s values with our owns, cause how could it be otherwise? What are we here for if not for the others? Yes, I do believe in flexible schedules, in letting people organize themselves with their colleagues and collaborators. Yes, I do believe in fair salaries (both internally and regarding the outside world), determined through consensus and common sense, and subject to variability when needed. Because we cannot treat people as machines as we will be underestimating them, not giving them the required space to reach their full potential. Because the future lies in the minds and hearts of men (and especially women, the so-long forgotten actor of development) and not in the hands of machines.
It’s too late to be a pessimist. It’s too late to wait for the so-called leaders of our world to provide and impose solutions from the top down. It’s time for people-born, bottom-up, grassroots movements to organize and gather our rainbow warriors together once again to heal our mother Earth and find peace and harmony among us and with her. Businesses are part of the equation, an integral one, no question about that. But the only thing that has and will ever change our world are individuals, one by one, all together, together as one. And in this, the largest revolution our species has ever witnessed, our individual, humble contributions are the only real tool in our hands. Cause there lie the principles of good governance: in our shared responsibility. Cause there lie our very own principles: in our common destiny, in our social nature. And it is just through the understanding and internalization of these concepts that the essence of humanity will prevail, that the flame of our hope will carry on. But hope there is, my friend, and hope there will be as long love fills our spirits 😉
“The world is not what we see but what we imagine”
“Reality is not what it is but what we make of it”
j.