By jesus On August 19, 2009 · 1,592 Comments · In Uncategorized
Last July, the “Fundación Universidad Rey Juan Carlos” (URJC) held a one-week summer course at Aranjuez (a middle-sized city about an hour-drive south of Madrid). It was not, however, what you would expect from a session of this nature (summer in Spain!!), say, a half-filled classed of not-so-motivated students just hoping to get some credit hours for mere attendance. Much on the contrary, this time was indeed very different: not only the classroom was packed but, most participants, lectures as well as students ranging from a diverse pool of backgrounds and ages, contributed to a very dynamic and constructive debate. The cause? Pretty simple in fact, a very appealing and up-to-date topic: “The Energy Challenge of Climate Change: Technologies for a Sustainable Energy”.

The degradation of the environment, the Climate Change menace, the complex energy equation, the implications on society and its peoples…We live in a globalized world for the good and for the bad. Nonetheless, there is reason for hope, big time. As mentioned, one could sense in this debate at URJC an atmosphere of interest and motivation. A big majority of participants were first-years college students who, despite some understandable fears towards public attention (which “old wolfs” like myself don’t have anymore ;-), showed deep concerns upon these threats as well as encouraging willingness to take a leading part in the fight against them. Yeah, my friend, people, specially youngsters (whom the future belongs to), do care about global issues. I don’t know whether or not we are going to meet these challenges, so as to paraphrase Barack on his inaugural speech, but, one thing is certain, the need for change is in the minds of today’s generations.

Over the course of the 5-days, a broad variety of subjects were covered: starting up from (day 1) a general introduction on the challenges posed by sustainability and the expectations over energy technologies; followed by (day 2) a briefing on the future of fossil-based solutions, with CCS (Carbon Capture and Sequestration) playing a big part; (day 3) an introduction to hydrogen (plus hydrogen batteries and electric vehicles) as a key energy vector for the future together with other more conventional renewable energies (day 4); and concluding (day 5) by the point of view of the administration on green technologies and sustainability.

But, on top of it all, the way the course was conducted represented a truly novelty, in my opinion, as it shed light on two fundamental aspects:

Let’s then move onto summarizing some of the general conclusions of this successful summer course: 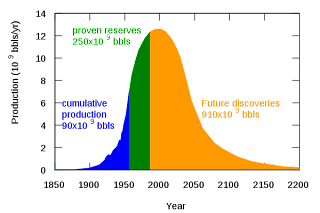 The 2025-2030 scenario on energy technology alternatives:

Social perception of technology and science:

Yeah, my dear friend, as you may have noticed the way to go is still a long one in the Country of the Sun, but we are putting brains and hearts into matters now and things are shaping up nicely for this new energetically and environmentally sustainable society that we all desire. And let me tell you something, History knows well what happens when the Spaniards bring the “Armada” to the table…